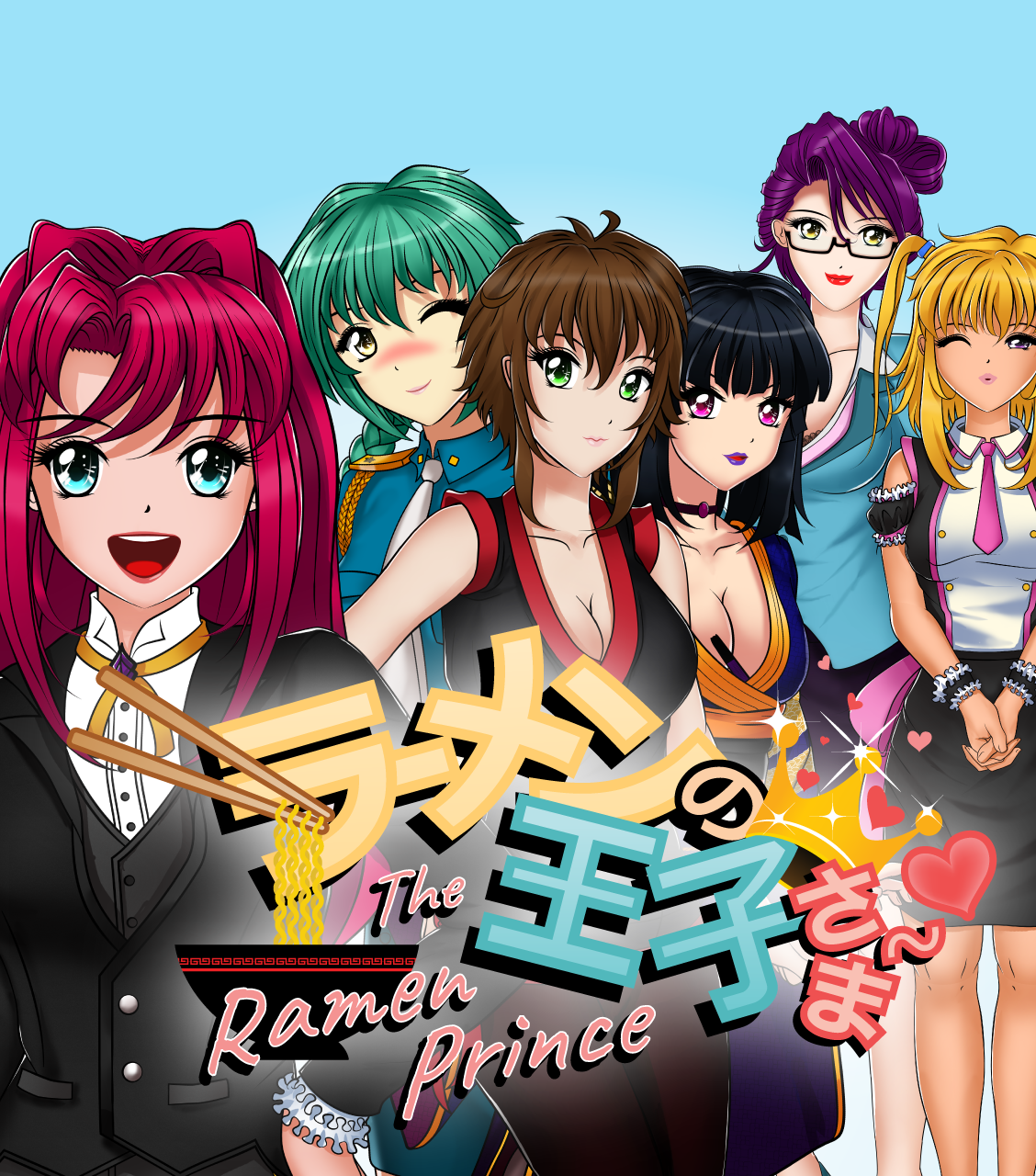 [THIS GAME IS FOR 18+ AUDIENCES ONLY]

A STORY OF LIFE, LOVE, KINKS, AND RAMEN

Looking for compelling stories coupled with great sexy action? We are BeerBrew and Sharkie of Studio Paper Waifu, and thanks for trying out our game, Ramen no Oujisama (or The Ramen Prince)!

This is a H-visual novel that chronicles the loves and tribulations of a young man who, thanks to a generous benefactor, is starting fresh in a new city and opening a new ramen restaurant. Along the way, he meets an eclectic cast of characters, and eventually must learn to juggle business with pleasure. Can he get the girl of his dreams?

UPDATE! THIS VERSION HAS A SPECIAL UNLOCKABLE OMAKE SCENARIO. CAN YOU UNLOCK IT?

HINT: YOU'LL NEED TO PLAY THROUGH THE TWO CHEF ROUTES IN A CERTAIN WAY ;) THE REWARD IS SOMETHING A LOT OF OUR FANS HAS BEEN ASKING FOR!

*To be developed more later on when we're much closer to finishing up the main character routes.

The game is available for Windows, Mac OSX 10.6~10.8 and 10.9+, Linux, and Android devices. Please download your flavor of choice here or from our Patreon page:

Please don't use your old save games with this version as it may not be compatible.

Testing out HTML5 version with Itch.io. If you encounter nay problems, alternatively, you can play the game in your browser at NewGrounds or GameJolt:

This game is under ACTIVE DEVELOPMENT (consider it an alpha or early access release), and we are constantly bringing in more graphics, story, and sound assets as our vision evolves, so there's always good reason to replay a route for improvements and for extended storylines!

If you like our stuff, and want to see more games from us (or for more updates on this game), please support us on Patreon:

Your support means a lot to us! Please leave your comments below - we'd love to hear your thoughts about our game!

WHAT OTHERS HAVE SAID...

"I won't lie, I was on the lookout for a f*ping game when I stumbled upon this VN ^^''. But, I found myself, 2 hour and half later, still playing, following the story, thinking thoroughly of each decision I was to make having the sake of the characters like prior thought. I find it formidable how it captivated me as quickly as it did( no expert but I liked the naration and the interactions). The music, which I found really pleasant just to listen even presently, as I write from the title screen, added to the quality of this great game althought, as already said, the moment of prolonged silence made me thinked my speekers were defectious ha ha. To finalize this critic/words of appreciation, call it as you may, I would like to thank you, BeerBrew and Sharkie from PaperWaifu Studio, you've made those 2 and a half hour very enjoyable and can't wait to see what's next. To the joy of seeing your futures release."

"The narrative is actually good. Is this real life?"

"Lots of potential and a great game. Such a nice and thoughtful story that really can touch a person. You even forget that this is an eroge in the process. Seriously this thing deserves to be greenlit. Anyway keep up the good work. Can't wait for the other girls and routes."

"Very nice demo, can't wait to see the next chapter!"

"I like long involved storylines and this one is certainly has the pagecount to qualify. :) Almost too long, as others have pointed out I was probably halfway through the game (demo,) and I was still seriously wondering why it had an "A" rating. I did find the storyline entertaining... who knew I could be interested in what makes a Ramen chef?"

- NEW! 8th character route started! Exclusive to patrons! (Only up to chapter 2 in the free demo version for now - unreleased)   - FIX! Trying to fix iOS sound problems (online version only)

v0.6.0 [03-15-2018]
- NEW! M Version of the game!
- BUG FIX! Fixed up save game data (May not be compatible with earlier versions)
- M version can only load M save game data. Non-M version can load both, but if M save is loaded, it will act as if it's the M version until player goes back to the titlescreen.

I just have one more question for the developers when will people that don't have Patreon get to play the full story for some of the girls that only go up to chapter 4 just wondering? A.K.A non-Patreon people

Best you google this one up

how do you pronounce mie's name?

She's there, you haven't just looked at the right place at the start ;)

She is in the game as well!

Helloo! This is technically a the free/demo version which has 3 full routes. The other 6 only have until chapter 4 available, and the other 2 routes are not available here. Our patrons get access to the latest builds that have these and the new V3 artworks being put together right now :)

Not available in this version here ;) ;)

Hello!! With her route, nothing in particular comes to mind. What are you trying to achieve or get?

Oh, can you explain what happens? And what chapter are you on Lina's route?

I´m Curious, what did everyone decide to name their MC? To be fair, ill tell you what i named mine, Mitoshi Hiragana.

P.S I really loved this game, art style isnt my favorite, but its good either way!

First of all, lovely game. Great artwork, and something that is different to so many other visual novels, good writing. Now, it said, that in the free version, there are four paths fully available: May I ask, which ones?
Thank you ^^

By 3 routes publicly available, do you mean there are 3 characters who have their routes fully unlocked?

And are there any free walkthroughs for these routes? Or do I have to brute force it?

Hello! Thanks for letting us know! The link should work now!

Hello! Links are being updated!

kimchi is a korean food not japanese

when is the next free update

Yes, I may be stupid. I have look here and on www.patreon.com (yes I support you). Where can i play more the 9-10 route games??

ok, I found the Release Post... needs a password.. did you send me one? none of mine general passwords work.. I do love this game and want to see the rest of it.

how can i reset my password or find it.

is there going to be a ren route? And if so when?

R U guys going to add a harem ending? After playing every route, I felt bad for the other girls cause they all got it bad for MC

Multiple endings are available for characters whose routes are fully available.

domo arigato paper waifu team... How would this be done?

also I liked it so far

Are you guys really doing a ren route? I really wanna see her go 😘

What is the starting music? Its nice.

Bring Mie back! I cried when she had to leave, its not fair :,(

Also, when can we expect another update?

Is it gonna feature Voice Acting?

When is the are updates for

I created an account solely to plead that the soundtrack for this game get put on iTunes, Spotify, Soundcloud...whatever music platform you can. When I came to play this game, I did not expect the music to be full of bangers.

Helloooo! Thanks for playing ;)! I wish we could, but unfortunately, we can't due to our agreement with our music provider. There's a sound test feature in-game for those who like to listen to them though :)

how can i get the full version of this game , not the demo , im new and the patreon thing gets me lost ? i know i have to  pay but where and how?

Hellooooo! Yah, the full version is available for our patrons over at patreon. So when you become a $2 patron, access to post that contains information and where to get the game becomes available to you. Click the link, download, and play the game! If you visit our page:

You will see our different games available. Find the words "Release Post" or simply scroll down to find the link for these patreon posts. You can always turn up, turn down, stop, or continue your pledge at any time!

I see you! Enjoy the game! Let us know if you can't find the link! 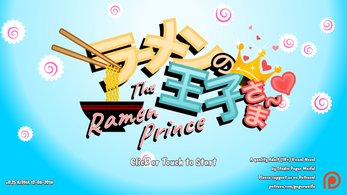